What are the differences between chaos and randomness?

Aakash Goel
Ranch Hand
Posts: 198
posted 9 years ago
put your geek hats on, what are the differences?

posted 9 years ago
"The" difference? You're only looking for one? Okay. "Chaos" has 5 letters and "randomness" has more than 5.

Also I missed the "programming" component of the post. Let's try it under "Meaningless Drivel".

Paul Clapham wrote:"The" difference? You're only looking for one? Okay. "Chaos" has 5 letters and "randomness" has more than 5.

You are so brutal :)

I think of complex modeling associated with chaos theory with the word chaos. Unless you are talking about my kid's room, which always is in chaos.

posted 9 years ago
I went to the store to pick up some milk.

Randomness has to do with whether something is deterministic or not. In general, something is considered random if the output can't be determined from the input.

Chaos has to do with how the output varies with the input. Something is very chaotic, if even a small flucuation of the input yields drastic changes in the output.

So... it is perfectly fine for something to be chaotic, and yet deterministic, so, no random.


Chaos theory is a field which covers this, and in general works with "fuzzy" like math -- results are given with plus / minus an error. Something is considered very chaotic, if the plus and minus get huge, which I guess, is often confused with randomness.

Henry Wong wrote: Something is very chaotic, if even a small flucuation of the input yields drastic changes in the output.


Well, in cryptographic functions, which are not at all random, it is a requirement that small changes in input result in differences in the output. Specifically, changing any bit in the input much have a probabilistic chance of changing each bit of the output. So if you change one bit, its not good (cryptographically) if you can predict which bit will change.

So I'm not sure if most cryptographic functions would be considered chaotic by @Henry's definition. I'm pretty sure he didn't mean that.

Without the OP filling in some details, its really hard to make non-random responses.
Monu Tripathi
Rancher
Posts: 1369
1
I like...

Mark Spritzler wrote:I went to the store to pick up some milk.


Yesterday, I went to the store and thought should I really buy Milk? It was nominated for Oscars in 2009, right; it must be good? 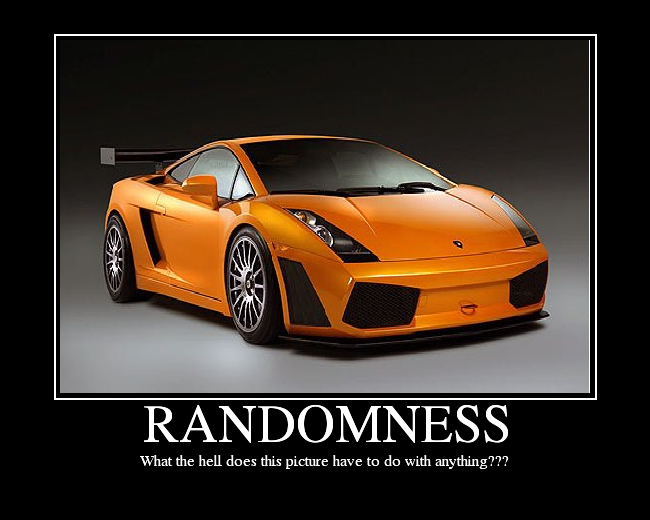 posted 9 years ago
IMO: Randomness is unpredictability, non-determinism; chaos is related to instability.
Life is random, in general but it becomes chaotic when you cannot handle its randomness.

Mike Simmons
Rancher
Posts: 3412
34
posted 9 years ago
On the other hand, a highly chaotic function is useful for generating pseudorandom values, which appear random, but are actually deterministically derived from some other (possibly hidden) input. Like, say, the value of System.currentTimeMillis().