Anyone waiting for new MacBook Pro (with rumored Ivy-Bridge)?

I have decided to buy Macbook PRO . But lately I am checking Mac Forums and they suggested to wait till April end as new Macbooks are lined up .

Also Intel has launched Ivy-Bridge . I could see some pointers regarding this on :


Hence my question to fellow ranchers is that should I wait for a month or so , so that I get updated MAC PRO ?
Or would this rumours of new MACBOOK PRO continue for another 4-5 months .
I am ready to wait if I have latest Macbook PRO in coming 1-2 months .

Please suggest on the same .

Thanks in advance,
Kumar

posted 9 years ago
MacBook Pro (note spelling) laptops are very fine machines. The accepted wisdom is that if you need the system now, buy it now. If you always wait for the 'newest big thing' you always end up waiting and never buy.

On the other hand, if you don't need it right away, and with the rumors of an announcement so close, it may make sense to wait a bit. Sometimes there's a price drop in the current models when the newer ones come on board.

Either way, you'll be owner of a very nice system.

posted 9 years ago
For a suitable definition of "tomorrow" there will always be a better computer tomorrow. Moore's law and all that.

For most developers, graphics is simply not very important. It has to be "fast enough" but we don't stress the graphics like
someone doing video editing or heavy duty Photoshop. Netbeans and Eclipse just don't do much fancy graphics.
Bert Bates
author

Posts: 9024
21
posted 9 years ago
Along the same lines, I'm wondering about macbook pros with the retina display? I've read a few times that the 17" pros might be going away, that makes me a little bit sad, but really, it's all about the pixels for me.

So, any news on pixel resolutions for the next batch o' pros?

Oh gawd, I hope not. More smaller pixels will make everything too small to read. I'm old, my eyes are not what they used to be.

I can see a case to retire the 17", while a beautiful display, it makes the whole thing just too big to move. If you can't move it, get a desktop, they
are cheaper and more powerful. I got the 15" MBP because I need to move it, and 17 is just too big, IMHO, YMMV, etc.
Maneesh Godbole
Bartender

posted 9 years ago
I have a 13" Mac Book (thats all I could afford) Initially I had thought 13" was too small. Earlier I was running Ubuntu on a 15" Compaq. Now I am so used to the 13", everything else now seems unnecessarily larger!

Posts: 9024
21
posted 9 years ago
My almost-five-year-old 17" pro has been around the world - safely traveling in it's Brenthaven backback. I got used to lugging it around (Europe several times, Aussie-stralia, NZ a couple of times, Japan, Canada...)

But if a 15" came out with tons o' retina-esque pixels I'd be a happy boy.

Bear Bibeault wrote:I have a 17" and I don't find it too big at all. But I guess it's just all what you're used to.

Or, perhaps you are bigger than the average bear, so its easier for you to bear moving it.
Bear Bibeault
Sheriff

posted 9 years ago
And just because the pixel density is higher, doesn't mean things need to be smaller. They could stay the same size and just be much smoother.

But I hear you about the quinquagenarian eyes. That's one reason I love e-readers: I can bump up the font to 50 bazillion points.

I'm already at 2.2x bifocals.
kumar shinde
Ranch Hand
Posts: 36
posted 9 years ago
Thank you everyone for you insights . I am ready to wait for my new Macbook Pro

posted 9 years ago
It's time for me to buy my first Mac Book Pro. I've started liking Apple products when I ought my first iPhone 4 months ago. I'm sure the Mac Book Pro would amaze me as well. I've decided to wait till the end of the next week until Apple announces the new Mac Book Pro models. I would buy the 13 inch model with the current specifications. I'm waiting just to get the old model at a reduced price. I'm very much excited about it.

Following are some important details from the link
Price : t $2,199 and includes a 2.3GHz quad-core chip, 8GB of RAM and 256GB SSD.
Apple has also announced 512GB and 768GB SSD MacBook Pro models.

It's expensive but worth 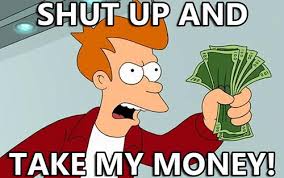 posted 9 years ago
No Ethernet port. Bletch. Dongles for Ethernet suck. WiFi is too slow.

I expected the new one to be faster, better, cooler, neater, etc.

I didn't expect them to make every cable and accessory that I own obsolete. Sigh.

I would love how light and small the new MBP is.


I can't remember the last time I hooked up to Ethernet. WiFi seems to work fine for me. But I can understand a little trepidation at cutting the cord.

Everyone laughed when the floppy was dropped from the first iMac. Someone needs to be first.

I'm sure there are many people who would gladly give up the bulky ports (or deal with a dongle) for the slimness and weight advantages.

Bear Bibeault wrote:I can't remember the last time I hooked up to Ethernet. WiFi seems to work fine for me. But I can understand a little trepidation at cutting the cord.

My MBP is plugged into GigE right now. WiFi is OK, but drops out due to microwaves and far too many other things. Plus, even 11N is slow compared to a real wire.

I can easily live without the CD/DVD disk. I use it no more than once a year.

Bert Bates wrote:For $29 you can get a

Its still a dongle. It will still get lost, get broken, etc.
Having a real Ethernet jack is so convenient.

But, removing it saves a nickel or two, and allows the design to be a bit more compact.

That doesn't mean I'm going to like going back to dongles.

posted 9 years ago
Pat. I like you, but have you ever noticed that you always focus on the negative parts?

This new Retina display MacBook is revolutionary. They rethought the entire laptop, and came up with the most in-genuis ideas, and you care about an ethernet cable? or dongle? Please.

I want one of these so bad, but my new machine cycle isn't here yet. I still have a 1 1/2 yr old MacBook Pro.

One thing that no one also mentions, THERE IS NO DVD Drive. YEAH!!!. The network cable and DVD are parts of my MacBook that I never ever use.

Mark Spritzler wrote:Pat. I like you, but have you ever noticed that you always focus on the negative parts?

I'm a grumpy old man. I earned it.


Mark Spritzler wrote:This new Retina display MacBook is revolutionary. They rethought the entire laptop, and came up with the most in-genuis ideas, and you care about an ethernet cable? or dongle? Please.One thing that no one also mentions, THERE IS NO DVD Drive. YEAH!!!. The network cable and DVD are parts of my MacBook that I never ever use.

I see nothing revolutionary about a better display. It was expected. For some reason, laptop displays have stagnated for years at the same resolution. Desktop video cards have gotten much better, faster and cooler each year, but no improvement on laptops. Perhaps, if the iPhone's retina display had not been out for two models, it would be impressive, but revolutionary? no way.

I'm fine with no DVD drive. I've been thinking about getting a kit for my MBP that replaces the DVD drive with a second hard disk or even SSD.

Yes, I care a lot about dongles. Back before most folks on the Ranch were programming, all laptops had dongles and they were a royal pain in the rear. Always getting lost, always getting broken. If it had the "magic magnetic" connection that all MacBooks have for their power supply, then I'd be happy. But something you stick in that uses early 1990 technology is simply not revolutionary in my book.

Eight cores with 16 hyperthreads, 32gb of RAM, and you would be starting to be a serious improvement.
Bert Bates
author

posted 9 years ago
I may be one of the select few that think removing the optical drive is a bad idea. At least from a consumer perspective. I know Apple wants customers to buy/rent movies from iTunes as well as music. I can probably live without using it as a DVD player since iTunes is going to be streaming 1080p now. But I don't buy music from iTunes. I buy CD's and rip them. I'm sure I'm in the minority. The price point is a bit high for me as well, all things considered.

If I were in the market for a new one now, I'd probably just stick with the non-retina display model. But I can appreciate what Apple is doing here. And the word dongle always gives me a chuckle.

If there's no DVD drive, I'd need an external for when things go on the fritz.

This announcement doesn't excite me too much. On the other hand, I was very skeptical about the glossy screens, but I'm fine with them now.