Also, I have been browsing and found the following links.
http://www.cs.brandeis.edu/~rshaull/cs147a-fall-2008/hadoop-windows/
This link talks about using cygwin, java and any stable version of hadoop. This seems rather simple and easy.

posted 8 years ago
I haven't used Hadoop, but I understand that it relies on Unix shell commands, so if you are on a Windows machine, then you either need a Unix-shell for your Windows machine (which is what Cygwin does), or you need a Linux virtual machine running inside your Windows machine (which is what VMWare does). Alternatively, you can either install Linux to dual-boot on your current machine before installing Hadoop, or find a machine that already has Linux on it and install Hadoop there instead.

I don't use Cygwin, so I don't know how you would install/run Hadoop with Cygwin, but I'm guessing you would open a Cygwin shell and then use Unix-style commands as indicated in the Hadoop instructions.

VirtualBox is an easy free alternative to VMWare - you can install VirtualBox on a Windows PC, then install a Linux VM to run inside VirtualBox e.g. here is a quick guide to installing Ubuntu Linux on VirtualBox. Once you've got Linux running inside VirtualBox, I guess you would log into your Linux VM and then follow the instructions for installing/running Hadoop on Linux.

If you're using Ubuntu, remember you may need to use "sudo" for running some commands that require extra permissions e.g. "sudo apt-get install ssh". Also, running a VM inside Windows takes extra memory, so make sure you have enough RAM to run both OS at the same time. If you dual-boot Linux instead, obviously this is not such a problem as you are either running Windows or Linux but not both at the same time.

FWIW, it may be slightly more work to install Linux (as a VM or dual boot) on your Windows PC, but once you've done this it's often much easier to get/install/use the Linux versions of many open source tools than the equivalent Windows versions.

Lopez Mirinda
Greenhorn
Posts: 11
posted 8 years ago
thanks for the detailed info, chris.

I tried using cygwin for hadoop but as i see there are quite a few issues setting up hadoop.
So, thought of using this vmware and successful partly. though this is a good way to learn MapReduce, I would definitely try to install hadoop using cygwin as well.

posted 8 years ago
Although this for linux, could be useful. 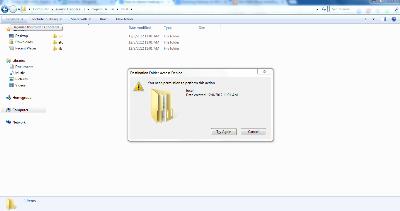 Lopez Mirinda
Greenhorn
Posts: 11
posted 8 years ago
try running cygwin terminal as "administrator" (on the terminal shortcut icon, right click, run as admin). and try to untar the hadoop distribution from the terminal.
MadhaviLatha Polanki
Greenhorn
Posts: 4
posted 8 years ago
The problem is that I am running the cygwin as "Administrator user", but still I am encountering such problems.