Is this an errata? (Sybex OCA Study Guide)

posted 5 years ago
Hello again, and sorry bothering you one more time.

As I said in another topic, I just finished the first mock exam of Sybex online tool (from the OCA Study Guide), and in question 37, I believe there is a mistake in the answer explanation.
The correct answer is letter C, because a primitive variable can't call methods, so the code won't compile. But then, the explanation says "Although Shark does compile, it does not have a main() method and will...". But the class doesn't compile because of the numFins.toString(), and then the explanation says that it does compile.
I believe this isn't right. I've already searched in the official errata, and didn't find anything about it. 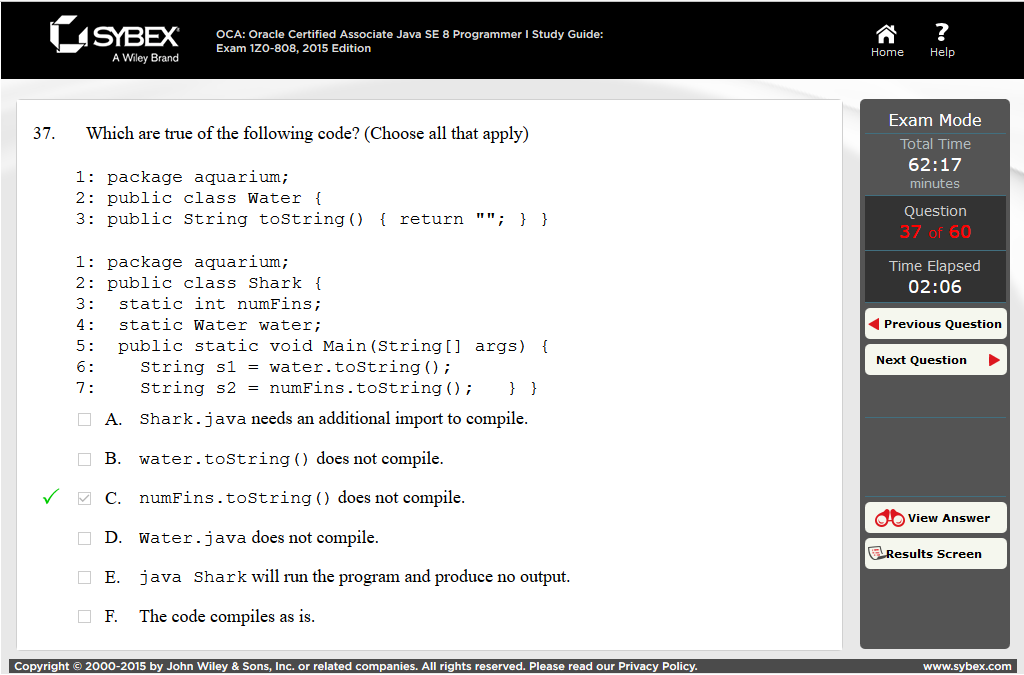 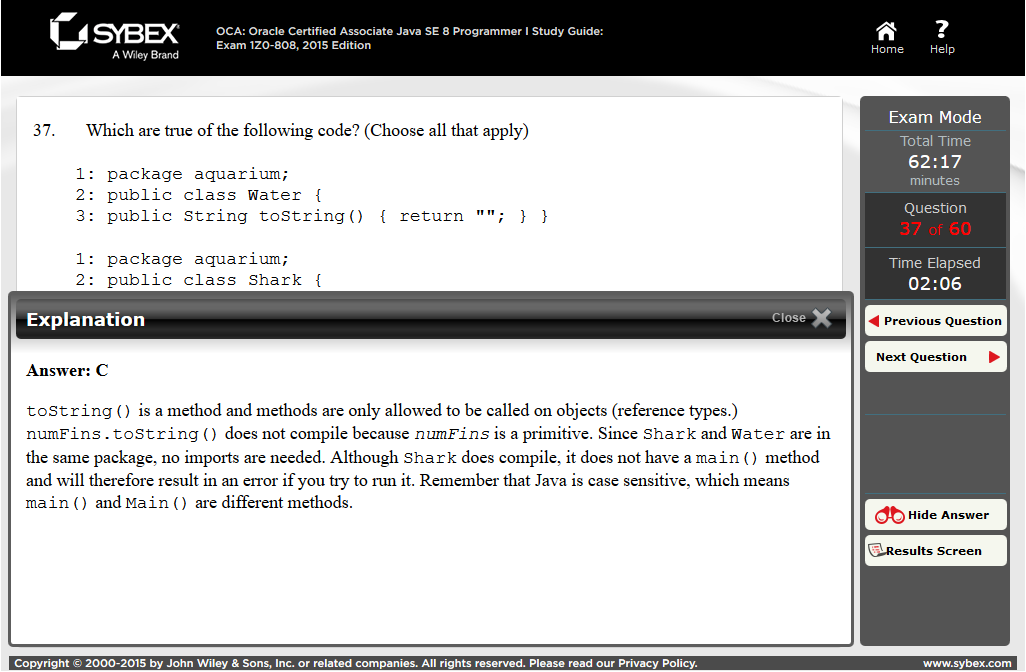 posted 5 years ago
I see what you mean, but I don't think explanation is wrong.

Authors I think imply that class would compile having method Main() instead main() assuming that other lines are valid.
That sentence in particular explaining Main() and main() differences. Don't look at a whole context of this code snippet, look to its distinctive parts.

Paul Anilprem
Enthuware Software Support
Posts: 4665
51
posted 5 years ago
Although it is easy to understand what was the intention behind the statement, "Although Shark does compile...", IMHO, it is incorrect and misleading because Shark does not compile.

Liutauras Vilda wrote:I see what you mean, but I don't think explanation is wrong.

posted 5 years ago
We know it doesn't compile, what I was saying were only my thoughts what authors might tried to imply. So, I don't think authors were trying to explain it wrongly, they just made some implications in my understanding. But if user got some uncertainty in that - clarification would do no harm.

Liutauras Vilda wrote:So, I don't think authors were trying to explain it wrongly


Obviously! But that doesn't make that statement a correct one.

posted 5 years ago
Confirmed this is an errata and added it to our list. Thanks!

The correct verbiage should be "Even if Shark compiled". That was meant to be a note about Main not being right. I concur that Shark doesn't compile!