Do you experience four weather seasons?

posted 3 years ago
Do you experience of four distinct weather seasons thought out the year?

I guess because I've always experienced all four weather seasons so I would not drive a few hours, let alone seven of them, to experience the snow/winter weather first hand.

“The strongest of all warriors are these two — Time and Patience.” ― Leo Tolstoy, War and Peace

posted 3 years ago
I live in the Pacific Northwest and we too experience four seasons.  I've driven an hour or two to get to snow.  I think anyone who lives between the 45 Parallel and the Arctic Circle get four seasons.

Posts: 72101
312
posted 3 years ago
Of course in England we also have four seasons. Sometimes within twenty‑four hours.

There is nothing more stable than unstable english weather.

I live in England for 7.5 years now (good grief, really? - seem to be), and saw snowing 1 time. It was New Years eve. Was in a city when started snowing so they closed all the pubs so people could get home quickly - till we came back home all snow was gone, and that was it, no snow, and no beer, which is of course was much worse at that time.

In Lithuania where I borned and lived most of my life up till now so far, there are proper 4 seasons. If winter, then damn cold, could be -30 C, if summer, could be damn hot +30 C and over, and accordingly other two seasons.

But Cambell is right, here you sometimes can’t manage to count how many seasons you just gone through while you were taking lunch

posted 3 years ago
We also had snow here in Austin. It's the first time in the 20 years I've been here that we've gotten snow before Christmas (and only the 3rd time we've had measurable snow that I recall).

While I'd say we experience 4 seasons, "fall" and "spring" are measured in days, not months. 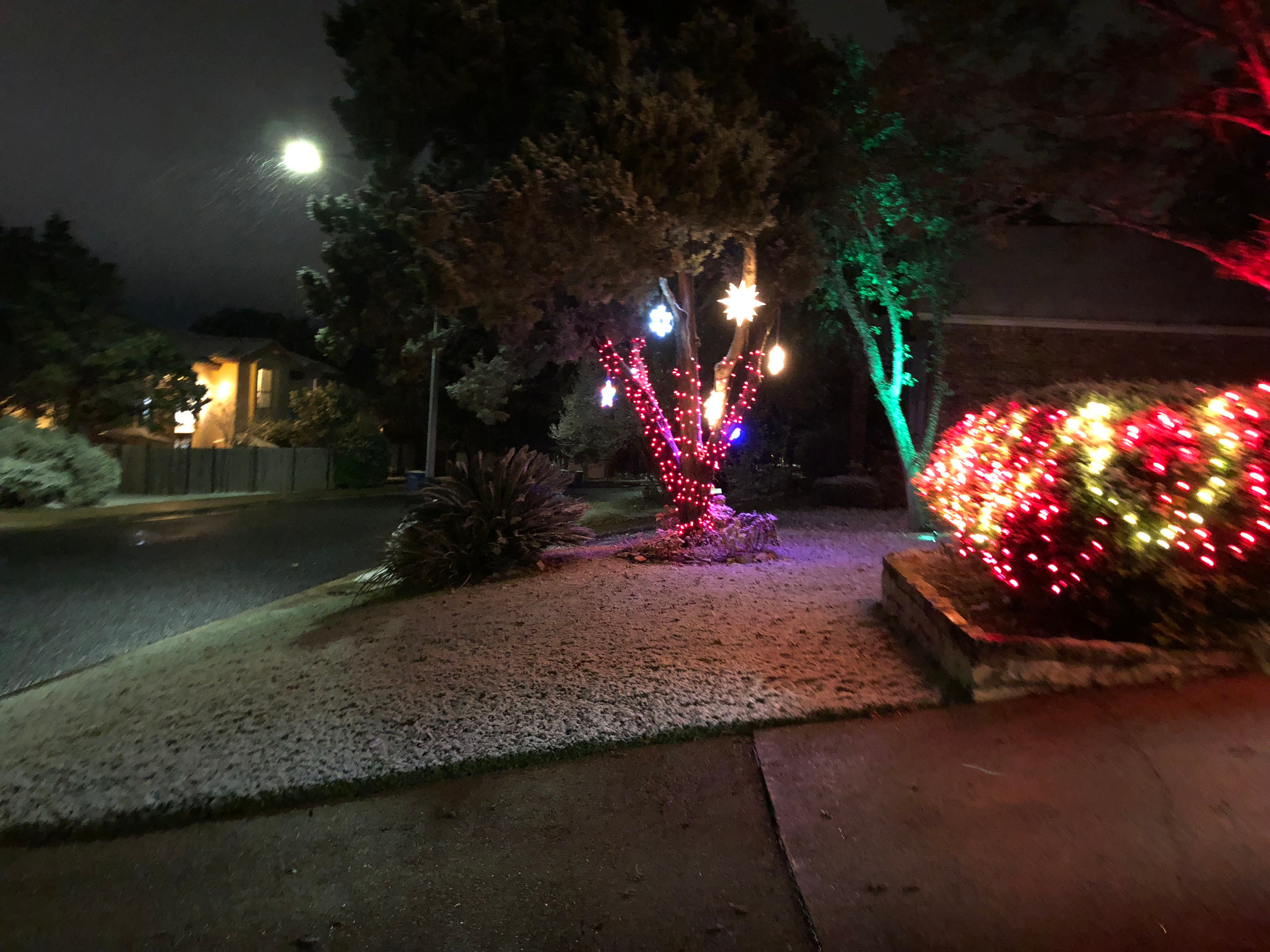 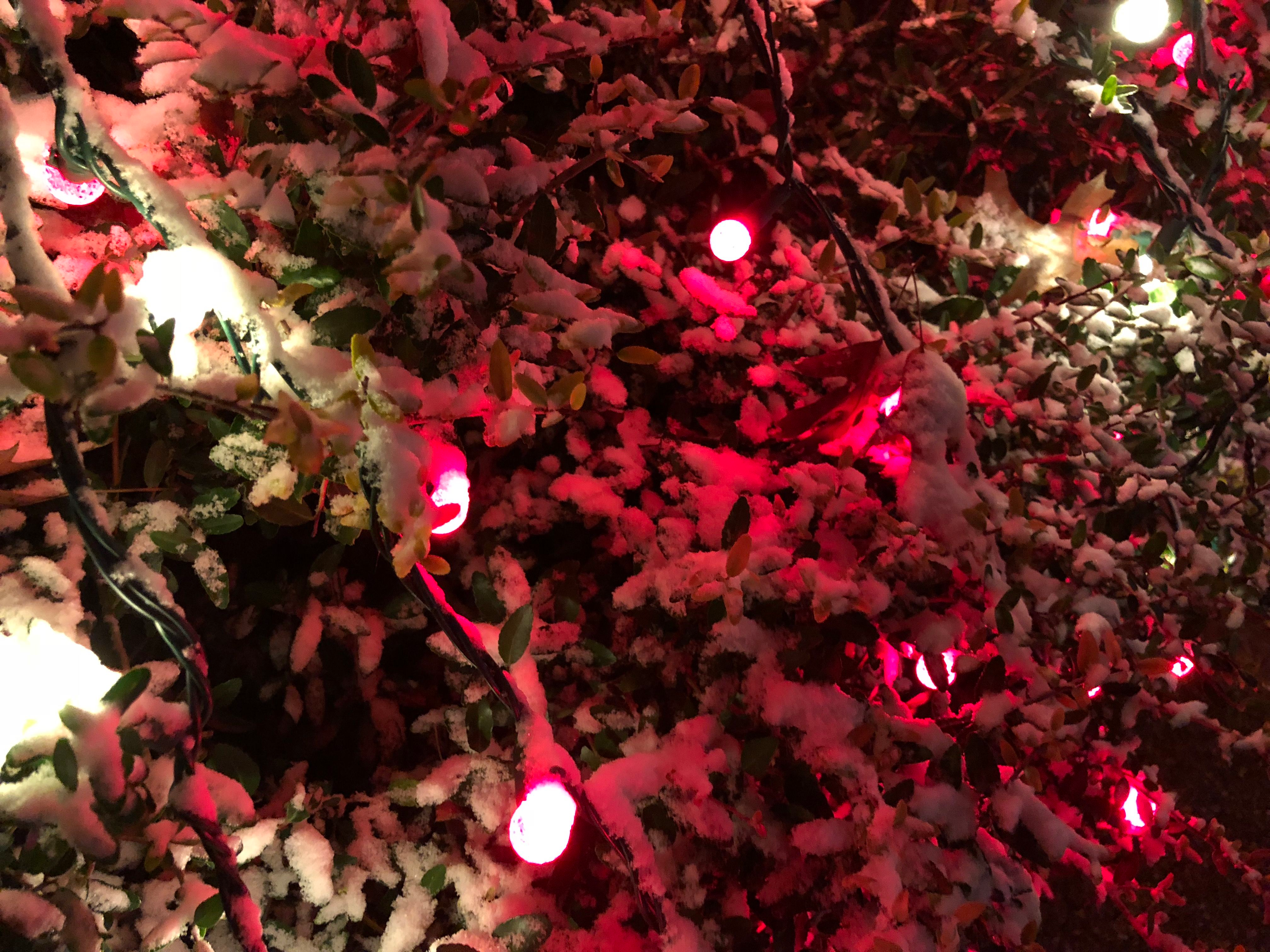 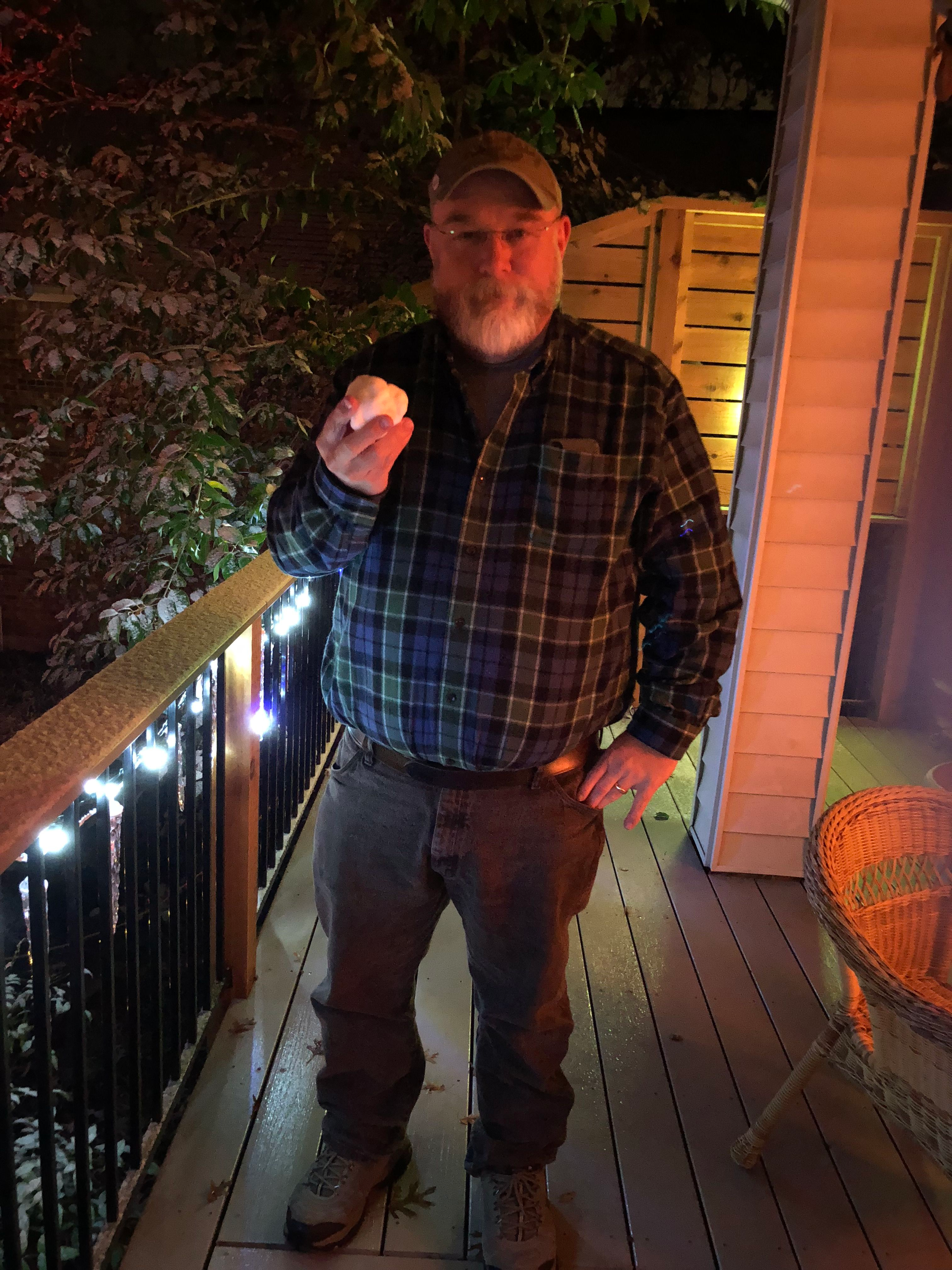 Tp those that live in the snow belt, this is laughable, but for Austin, it's pretty rare.

Jan de Boer
Ranch Hand
Posts: 974
11
posted 3 years ago
In the Netherlands, we do but not equally divided over 3 months each..To my experience, if I judge by the weather.

posted 3 years ago
Florida, you said? Sure!

Actually, for the first time in quite a few years, we have had more seasonal temperatures - excluding the 84-degree (28°C) highs right around Thanksgiving.

The climate zones change between here and Orlando in a line roughly parallel to Interstate 4 and slightly North of it. On Halloween the little vermin used to wear sweaters here but not there. This has been the first time in several years that we saw that sort of thing. I was also able to put up XMas lights without risking heatstroke.

All the snow stayed in Texas, though. While Bear was playing with the white stuff, we were under chill, damp and gloom. Something suitable for a nice spring day in England.

I have mostly experienced the opposite - trying to put up lights without getting frostbite. Thing is, I find it hard to wear gloves and try to snap the lights on the eavestrough, so I use my bare hands. And whether it is just being stubborn or stupidity (most would say it's the latter) I ignore the pain and try to get the job done. Then, as anyone who has experienced extreme cold knows, once I get inside and blood starts flowing back to the hands, the pain is quite "exhilarating".

We have had it so cold that the plastic clips used to secure the lights to the eavestrough have broken apart. Someone might inevitably ask, why pick the coldest days to put up lights??? And that would be a logical and good question, and my only answer would be that I have a knack for choosing to do these things on the worst days of the year.

And, for the other extreme...I picked the hottest day of the summer last year to go up into the attic to replace a bathroom exhaust fan (had to also run new pipe vented through the roof). And, since I absolutely HATE the feel of that pink insulation against my skin and the fibers it releases when disturbed, I was covered heat to toe, from a mask and goggles, to long-sleeved shirt and pants tucked into boots. I went up into the attic weighing 175 lbs and came back down weighing about 150 lbs - lost that much weight in sweat. It was so hot I had to periodically crawl back to the attic opening to get fresh air and try to cool down. Anyone with the least bit of sanity in them would have either picked a cooler day, or, if they had no choice but to do it on a hot day, would have maybe run a fan up to the attic, and not spent several hours up there like I did.

Some days my wife just shakes her head (no point in saying anything - my actions speak for themselves) and my daughter wonders if she is really my off-spring...
Campbell Ritchie
Marshal

Randy Maddocks wrote:. . . my daughter wonders if she is really my off-spring...

posted 3 years ago
I don't put up lights on the outside. I put them inside windows (which is always fun trying to crawl over stuff pushed up against the garage wall). The real stress though is in wrapping the lights around the branches on the tree. I used to just fling strings, but then I got corrupted by the pro's.

I personally like the Who-ville approach to outside lighting. Feed the string into a machine-gun magazine and let loose.

And I have taken to avoiding the attic except in December. When it finally drops down below the boiling point of water at night.

Tim Holloway wrote:When it finally drops down below the boiling point of water at night.


I guess you meant freezing point ?

Tim Holloway wrote:When it finally drops down below the boiling point of water at night.


I guess you meant freezing point ?


The last 2 winters, it didn't get to the freezing point outside the attic for more than about 5 hours total.

On sunny days like today, my car can be 140° F at midday. I've measured it. Actually, I've cooked frozen microwave dinners on the dashboard.

Posts: 72101
312
posted 3 years ago
That's better than the old wedding breakfast trick of wiring some perishable food item to the happy couple's exhaust pipe; the smell won't become noticeable for a day or two, by which time it is firmly baked onto the metal

That pretty much sums it up Campbell!

posted 3 years ago
I just came across an ad for a t-shirt which depicts the four seasons which are experienced in much of Northern Canada. Here's the shirt:

Randy Maddocks
Rancher
Posts: 382
13
posted 3 years ago
Paul: That pretty much sums up the way it seems to go in my hometown of Winnipeg as well.

I have lived in southeastern Ontario for the past 25 years, though, and the weather here flip flops so much we've been compared to the infamous chinooks they get in Alberta. The running joke here is, if you don't like the weather now, wait 5 minutes. It is not unusual on my commute into work to be driving in blinding snow, after a few minutes hit freezing rain, then drizzle, then rain, and finally a mix of sun and clouds by the time I am pulling into the parking lot at work downtown - all in the same day, at a distance of only about 40 kms.