US States Looking for COBOL Programmers

posted 1 year ago
On top of ventilators, face masks and health care workers, you can now add COBOL programmers to the list of what several states urgently need as they battle the coronavirus pandemic ... 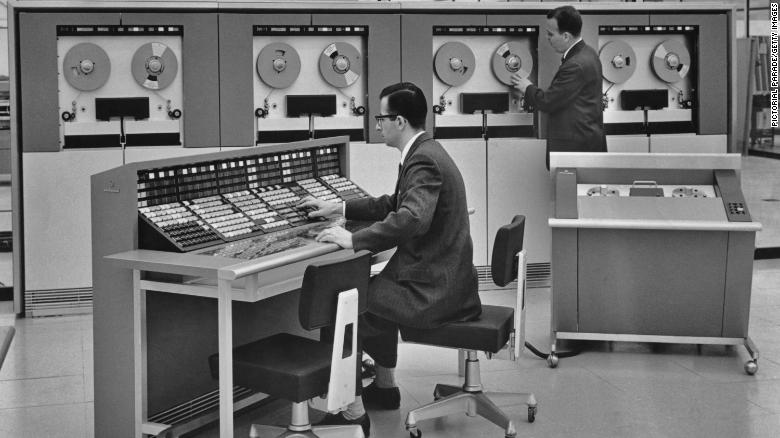 posted 1 year ago
Bugger, now wishing I'd started my career a couple of decades earlier

posted 1 year ago
How long would it take a skilled developer, who knows OOP, to learn enough to program COBOL to take advantage of this cobol gold rush ?
As an aside, is Java on track to become the next cobol soon ?

PS - Note to self. Keep practicing one highly popular, but dying language.

posted 1 year ago
Probably not before the gold is all gone.

Posts: 72616
317
posted 1 year ago
COBOL isn't an object language. It was developed back in the 1950s, before OO programming was first developed.

The thing is, COBOL lost its popularity ages ago. Because of that, there are very few people who can maintain the old systems, which were retained because their owners were reluctant to change, and the developers are seeing $€£¥ everywhere.

COBOL was never OOP. It was invented in the 1950s and designed so that it looked enough like English that idiot managers could look at COBOL code and think that they understood it. Because as we all know, the mark of a truly great manager is that they could do the job of anyone on their team and do it better, except that they're too busy doing More Important Things. It makes it easier to micro-manage.

COBOL is a great way to develop writer's cramp if you code it on an old-style coding pad (back when you gave it to someone else to keypunch). It's as verbose as C is terse.

COBOL is not only procedure-oriented, it doesn't even like function calls much, so COBOL programs tend to run as straight-line or spaghetti code.

In short, not without hazard pay.

Campbell Ritchie wrote:It was developed back in the 1950s


Sheesh, maybe even a couple more decades before that then.

Or it could mean they are long retired or dead (from old age). Or that they were laid off as part of a corporate deal which relied on payroll reductions.

While I'm a nasty cynical person on the whole, in this case, it's more like finding COBOL pros at all is enough of a challenge. Only a fool would try to low-bid one. Yay Free Market!

posted 1 year ago
The issue is possibly the code as after so many years I just can't see it being very maintainable.  Somehow I would also expect any documentation will be out of date, so it would be a case of learning the domain knowledge as well.  Since its a structured "military" procedural language that featured the GOSUB and also the dreaded GOTO instructions, code could be quite nasty.

See Candy Grammar  Object Oriented COBOL was a thing, even with CORBA IDL integration mappings, but I'm not sure why!

The problem with having an obscure skill set is that you are limited as to where you work.  I've even known companies use this to try and ensure that developers do not leave.  The talented ones do anyway.
A few years back I removed all the obscure languages from my profiles, as I never really wanted to see another Informix 4GL/Powerbuilder/ProIV project again.  The [contract] rates where never that good since legacy code is often found in legacy companies.