I believe the new location for the referenced document is http://leepoint.net/data/expressions/22compareobjects.html
show more
6 years ago
Java in General
Additional Free Mock Exam
FYI: This exam appears to be for the 1.3 version of the exam.

If you are using the first edition of Head First Servlets and JSP, I recommend taking lots of practice exams from lots of different sources. The first edition of the book covered about 90% of the questions I encountered, so taking many test can help bridge the gap. I took the Java Ranch exam, the Marcus Green exams, and the one in my book. It wasn't quite enough to get the score I wanted, but I did pass.
show more
10 years ago
Web Component Certification (OCEJWCD) 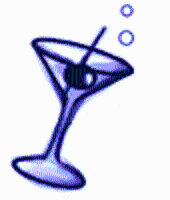 We added just a few things to the new version:

- we fixed some technical errors
- add wrote a new batch of questions
- we added a very view new topics - most notably we added a section on dynamic attributes. You can find that same discussion here at the ranch - also written by Bryan.

So, long story short, if you're really rich go ahead and buy the new version - if you're not rich, the old version plus Bryan's write-up will be fine.

The only area I was knowingly week on was Classic Tags. The book says they'll be only a couple of questions on the exam. I'd have to guess that it was more like 3-4 (some in combination with other topics). That's not such a big deal. What is a big deal, is WAR files. The book, spends 2 (out of 835) pages on it, but the exam had something like 4 questions on it. Some of the information on WAR files were not covered in the book at all. There was a question on the variable directive which was not covered in the book. There was a question regarding realms, that I can't find in the book either.

I also missed a question because I didn't have the Throwable API memorized. I need to know that the method name was getMessage and not getErrorMessage. Sure passing the SCJP exam is a prerequisite, but is this what they should be testing for the exam?

All said, I'd have to guess that the first edition errors/omissions account for over half of my missed questions. I was hoping to have a killer score to tout along with my certification. I believe I prepared well enough to get it. While 82% is not shabby on this much material covered at such fine resolution, it says nothing more than "I passed."

I can't say how well the second edition will prepare you, because I haven't seen it.

What I really want to convey is, if you know this book and dynamic attributes perfectly, it's only enough to secure you about 90% on the exam. Anything you don't know/remember or simple mistakes, will drop your score from there. That's my experience with the batch of questions I received.

Now, I do like the way the material is presented (though I'm no fan of beer or anything alcoholic beverage for that matter). It does facilitate learning.
show more
10 years ago
Book Reviews

Head First Servlets & JSP by Kathy Sierra, Bert Bates, Bryan Basham
Speaking in regards to the first edition and the favoriteMusic list at the top of page 371: I'm an old duffer and know only one group in the list -- Frou Frou. I must say however that I really enjoy the music of Frou Frou and hope they collaborate again!

Regarding the rest of the book. The book is great with one exception, too many errors, especially in the mock exams.

I've almost completed my second time through. In this sweep, I'm making 3x5 flash cards on all the tested concepts. I'm unsure of any copyright issues regarding my flash cards. In some cases, I take text from Java API docs. In other cases, I take it from the book, but in most cases, I personally rephrased and condensed the information myself. If anyone can comment on the legality of sharing my cards, I'd be happy to make the OpenOffice file available here.

Hopefully, I'll take the test before the end of the year, so I can move onto becoming a Spring expert. I'm finding that understanding this material (and additional j2ee patterns) is extremely helpful in understanding Spring. Since this is the foundation upon which Spring is built.
show more
11 years ago
Book Reviews

Head First Servlets & JSP by Kathy Sierra, Bert Bates, Bryan Basham
Can someone direct me to an errata for the first edition?

Head First Servlets & JSP by Kathy Sierra, Bert Bates, Bryan Basham
After completing the book, I'm now reviewing it prior to taking the SCWCD test. I like it. The examples and exercises are valuable and help unobfuscate the concepts. Understanding the concept is key to productive utilization of the material. Memorizing lists is sometimes necessary for the exam, but it's the conceptual understanding that brings the big picture into focus and helps you know what to do with it. This book unlocks that door.

Hopefully, my experience on the SCWCD will substantiate my sentiments.
show more
11 years ago
Book Reviews

Mark Garland wrote:I would agree strongly with the above. This book has helped teach new concepts in a very gentle and fun way, and I wouldn't have been without it.

Chapter10 is HUGE so I could easily have missed the bits needed for Q2 and Q7, and would appreciate anyone who can point them out in chapter10 for me?
And chapter10 isn't unique - most contain new things not in the chapters.

Just wanted to make the point that when studying, coming across things you have never heard of and scoring low in end of chapter tests can have really adverse effects on your confidence.
Is the idea that I should have read the spec so would know what these things not covered are? In which case, doesn't this defeat the idea of the study guide?

Just to reiterate - I have honestly found the book to be excellent and ideal for introduction to concepts - I just have this minor niggle ;-)


AMEN! The chapter tests following each chapter are sub-standard. They routinely test concepts and terminology not used in the chapter. Chapter 13 question 3 doesn't even have a correct answer. A-D are all wrong, when you get to the answers following the exam there is another option - E. None of the above which is marked as correct.

My main concern is the selling point of the book -- "Written by the co-developers of the real SCWCD exam." I sure hope they were "relaxing"

That helps. So I'd expect that when I have two security constraints set-up for the same resource and one has:

and the other one has:

then the latter (access to no one) overrides the first.

I'm detecting some contradiction here. There are three different things that claim to combine with anything else to provide varying access. Given the emphasis (!, etc.), I assume that an empty <auth-constraint> tag wins the war of the contradicting "combines with anything else" phrases. What's the actual scoop?

This frustration came to a head after I trashed the Chapter 11 exam. I worked diligently on that chapter, making flash cards, memorizing them, reviewing the chapter, adding more flash cards, etc. Okay, I confess, part of my frustration is the fact that this exam covered some material from earlier chapters that I forgot (I'm picking up where I left off some months prior). I can see some value in that, but this too prevents me from getting a good feel for how well I know this chapter's material. Here's some representative Chapter 11 Mock Exam question numbers:
1 - Material from a previous chapter.
8 - Material from a previous chapter.
9 - Spec 9.11 <resource-ref> not covered in chapter.
11 - Spec 9.7.1 not covered enough to answer question.
14 - Spec 9.7.2 not covered.

What's the best strategy here? Do I have to complete the whole book and take the final mock exam in it's entirety before I know if I'm on track or not? Will there be more new material on the final mock exam? If it's not in the chapter, should I ignore it even if I blow the exam?

(the book intro states: "If there's a chance that this one picky detail might be on one question on the exam, but the effort to learn it isn't really worth it, we might skip it, or cover it only very lightly, or only in a mock exam question.") Part of the problem is that details are mixed in the questions. I may understand 95% of the information on the question, but have to guess on one of the options because I need to "check all that apply." Then, I get the whole question wrong.
show more
11 years ago
Web Component Certification (OCEJWCD)
Deployment Location: HTML and JSPs (directly accessible)
Agreed.
show more
11 years ago
Web Component Certification (OCEJWCD)