Recent posts by B. Katz

"Better invest some money in an umbrella factory, and some travel agencies."

Well, to borrow another couple quotes:

- Sir August de Wynter: "A man with an umbrella is a man praying for rain."
- John Steed: "And a man without one is a fool.  Never trust the weather, Sir August.”

As a quick question, the Jupyter you are referring to in your book is the same as the Jupyter "notebooks" from the Anaconda package that provides the Spyder IDE, correct?  (I always found those so interesting and helpful.)

Let me know and I look forward to reading the book. 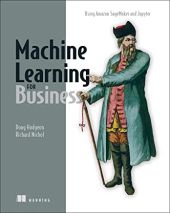 I look forward to checking out your book. 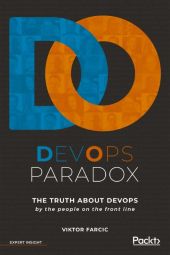 * Welcome Viktor Farcic
Greetings and welcome to the Ranch!

I look forward to reading the book.

Thanks for your hard work and taking time to get us acquainted with it!
show more
1 year ago
Agile and Other Processes
* Welcome Scott Selikoff & Jeanne Boyarsky
Greetings Scott and Jeanne and welcome to the Ranch.

Hope you enjoy your visit and visit us again soon.

Glad to have you here! Hope you enjoy your stay!


Silviu Burcea wrote:And the last one: we cannot prevent every single attack on Earth ... how much security effort means secure enough?

While there are no clear-cut definitions that state "If 'x' is your system, then 'y' is what you need to be secure...", during this race that the governments have been running to be at the top of the Cyber-powers, they have been coming up with some good guidelines to check against your own applications and systems to see how serious you should be about security, called FIPS-199. (Q.v. NIST FIPS-199 Final PDF)

In a nutshell, it checks three aspects of a given system/dataset/application, namely Confidentiality, Integrity and Availability, against what it would be like if any of those aspects were compromised, and gives a rating to how bad the damage would be considered.

That should give you a good base to start from as to how serious you should take the security of your applications and systems.

I know this is an older thread, but from the perspective of testing, sometimes it is helpful to open two instances of Internet Explorer with two different sets of credentials.

In such a situation, you can use one of the (in)famous "Undocumented Features" from Internet Explorer:

What the "/separate" flag does for IE is open a new instance in a new memory space. The second window will know nothing of the state/session/cookies of the first window, and vice versa.

After all I've seen lately, not only does it seem Javascript has already gotten off the ground, but it seems to have taken flight in a *BIG* way.

Thanks again, Eric and Elisabeth for the new book and spending time with us!

Welcome to the ranch... Glad you could be here.

I wanted to thank you for your hard work!

Hope you enjoy your time here and come back to visit often.

Welcome to the Ranch! I certainly hope you enjoy your time here and come back to visit often, even after the promo is done.

B.Katz
show more
7 years ago
HTML Pages with CSS and JavaScript
Checking the existence of a Context Environment variable
Greetings,

It seems to me from the way that it was described in the "Essential JSP Expression Language" RefCardz on dzone.com that I should be able to use the "empty" operator to safely check the existence of a Context Environment variable. Am I reading that right?

Basically, my thought is something like this:
Given that *if* the variable "thisvar" exists in WEB-INF/web.xml in a Tomcat webapp, it would be defined as follows:

Then, from the JSP page, I should be able to check if it *does* exist, and if so, use it with something like this:


Does this seem right, or am I way off-base here?

TIA for your help.

Katz
show more
7 years ago
JSP
Are there some tools buit for Kanban process?

Burk Hufnagel wrote:I did run out of space once, but it was on a personal board I'd made for use in a notebook, so it wasn't very big to begin with, and the post-its were a bit larger than necessary.

Hehe... which leads to another pro-con situation, right?
Using the 3"x3" post-its take up far more room than you generally need them to, but with the 2"x1.5" post-its, you run the risk of not being able to read what you wrote!

And, thank you, Marcus for the pdf link above. I will use it the next time I try to discuss maintaining a proper software development cycle with the boss.
(It would be nice to actually have a project with specs and delivery dates instead of the usual "We need this new feature cut into the code... yesterday!"

Thanks again.
show more
7 years ago
Agile and Other Processes
* Welcome Marcus Hammarberg and Joakim Sunden
Greetings Marcus and Joakim,

Welcome to the Ranch. I hope you have a great time here and come back to visit us often.

I look forward to checking out the book. It looks like a welcome break from the typical paradigm I have to develop under.

Thanks for your hard work and taking time to get us acquainted with it!

show more
7 years ago
Agile and Other Processes
Benefits/Advantage of BDD?
Greetings,

I think I would have to agree with Burk on this.

While I am new to BDD and it's implementation, I have been subject to the whims of the proverbial "moving target" project spec and the victim of project creep.

Getting all parties that have their own idea of what the application should look and feel like to sit down and all agree on one specification should cut down the common "Oh, no! We already promised it *this* way to the customer..." statement from ever coming up, hence cutting down on you having to go back and rewrite entire sections of the app you *just* finished!