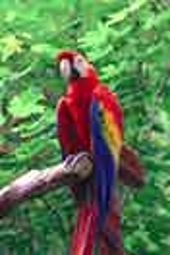 What more did you expect, Pat?

Usability. Before i get hit with a ton of bricks hear me out.

I am OS agnostic, have bought a droid for my wife, used/loved/lost an iPhone 4. Now i am trying to get my Wife to pick up the nokia 920 while i myself was waiting for iPhone 5 to replace my lost 4 Piece.

I am disappointed because i think Apple is taking it easy. The competition like WinOS and Android have had dynamic/live home screens be in in form of widgets or tiles.
Apple when it came out with icons was a path breaker, it showed the way but IMHO they have been left behind on that front. iPhones screens are static. They do not do much apart from collate a set of icons.

I do not want to go inside an app to check time, weather, rss updates, news ... yes they have notifications but that is not the same as active content of the screens which is customizable to my needs. Maybe it is a viewpoint but yes Apple was expected to do better. Leave killer features aside, leave the future support.

Apple is expected to plug its gaps, get what its competition does better into iOS as well. Its a deal breaker for me.

Can anyone identify the stripe colors on the resistors?

Jeanne Boyarsky wrote:Saw this - very cool. (It kind of goes with a blog post, but I'm just sharing the yummy electronic circuit because I think it is really cool. And accurate.)

BB Roy of Great Britan Had a Very Good Wife....

Pushkar Choudhary wrote:Bombay is a name given by the British. The city was known by different variations of Mumbai prior to the arrival of the Portuguese and the British.

Um, the city didn't exist prior to the arrival of the British. The Portuguese called the place "bom bahia" meaning "good bay" and the British anglicized this to "Bombay."

The city of Bombay originally consisted of seven islands, namely Colaba, Mazagaon, Old Woman's Island, Wadala, Mahim, Parel, and Matunga-Sion. This group of islands, which have since been joined together by a series of reclamations, formed part of the kingdom of Ashoka, the famous Emperor of India.

After his death, these islands passed into the hands of various Hindu rulers until 1343. In that year, the Mohammedans of Gujerat took possession and the Kings of that province of India ruled for the next two centuries. The only vestige (mark) of their dominion over these islands that remains today is the mosque at Mahim

In 1534 the Portuguese, who already possessed many important trading centers on the western coast, such as Panjim, Daman, and Diu, took Bombay by force of arms from the Mohammedans

Mumbai is named after the a local diety Mumba Devi revered by the original inhabitants, kolis and Agris (fishermen)
show more
8 years ago
Meaningless Drivel
Opinion about female smoking


That answers it all. Nuf said.

show more
8 years ago
Meaningless Drivel
What is Om?

Om occurred to me while I was studying for the CISSP exam. One of the domains discuss Acceptance, i.e. acceptance of the inherent risks of an Information System. When I heard Acceptance, I thought of Om. I'm looking at it from a spiritual aspect, i.e. accepting the Universe.

You are almost there regards the meaning. From what i know about Om from my parents.

The audible OM (AUM) is the first step towards clearing your mind(consciousness) to what is to follow. That is the reason we find it preceding texts or rituals or even mundane activities.

How does it do it. The sound if uttered properly is supposed to activate the Chakra located between the eyes. This Chakra represents intuition and connected to the mind part of the body.
A person at peace of mind is able to accept things as they stand which is also depicted by "OM TAT SAT" which means all which is true and hence the feeling of calmness with chanting AUM.

Rambo Prasad wrote:I am 28 years old and I want to increase my height by 3-4 mm in another 3 months.Is there any techniques to increase the height..?

Thick Soles
show more
8 years ago
Meaningless Drivel
What the heck is a "scripting language" these days?

Ulf Dittmer wrote:I must say I don't really like any of the definitions Google comes up with. The closest to a one-line definition I can think up is: A language that is not compiled, or where the result of the compilation is not kept long term.

Could you please give an example for where the result of the compilation is not kept long term? Which language?

Why are they so rude... why cant they just give us a chance,train us

Some of them didn't even bother informing about the decision to leave. They just stopped coming in. Our company does not believe in bonds which makes it even simpler for people to just stop coming over.

We have stopped hiring trainees henceforth as the effort put into training them is not worth the juice.
show more
9 years ago
Jobs Discussion
what is next 2,7,22,79,202,?

VineetK Singh wrote:I am still trying to figure out if this thread is 'meaningless' or a drivel'.

You are welcome to try to move the thread in that direction if you like.

So if the 1 billion obese people stop overeating, 1 billion people who go hungry because their food got eaten by someone else, wont go hungry any longer.

Such a simple solution and no one saw it yet