Arduino - networking
Mostly on my experience with Bluetooth in general. I'm not writing it off by any means, its been useful in many scenarios, and I love my Magic Mouse. But I've also experienced a lot of BT peripherals that have difficulty pairing consistently with the machine.

In terms of Arduino BT, I've helped a student use it to built a wireless music controller and it was pretty cool. But in recent times we've used Xbee (ZigBee) which doesn't need to pair (once its configured, albeit which took a minute to figure out), and just starts spitting serial wirelessly as soon as its turned on. They also tend to have a bit more range than BT, but that of course depends on your needs (may be desirable, may not). WiFi has the networking options which is great for certain projects, and also increased bandwidth and data transfer speeds if thats required. As always though, which way to go depends a lot on the project/goal etc.

show more
8 years ago
Arduino
Arduino - networking
Martin has some good suggestions. For relatively low data transferring and wireless comm's with great range to the computer, I love Xbee. Much much better than Bluetooth which I've always found to be a bit of a pin tbh. However, if you want to get your board up and running on WiFi, whether you need the extra bandwidth, range, or internet connectivity, then I'd recommend the official WIFI Shield. A while back I would have recommended the WiFly shield (notice the l in Fly, it can be confusing) which has a great library, and indeed I originally wrote the WiFi chapter of Arduino in Action with the WiFly, but then Arduino went and released an "official" WiFi shield. It's implementation is more consistant with the rest of the Ethernet library included as part of the main Arduino IDE and so I'd recommend it #1. If you go the WiFi route, the book includes instructions and a sketch using the official WiFi shield, but just in case you use the WiFly, we've put up an extra .pdf on the manning Arduino in Action site. 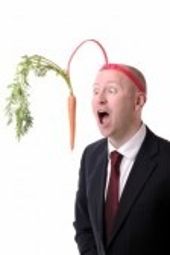 Arduino questions after today
I'll do my best to hang around as well...
show more
8 years ago
Arduino
* Winners: Arduino in Action
Congrats guys! Enjoy your new books

show more
8 years ago
Arduino
Is Arduino just a tool for learning electronics? Or it can also be used for real projects?
Great question, and I can honestly say its one of the most useful tools for REAL projects. The AVR is very powerful and the Arduino simply gives you an approachable handle into its world. Sure, its also a great learning tool, but it's so elemental in so many real world projects. Happy to share personal examples if youd like...
show more
8 years ago
Arduino
Does Java help with Arduino?
In general i'd say programming in any language can help programming in any other language greatly. Surely you'll find similarities, and some differences too-- but it will also help solidify some concepts and open you up to some more "C" style programming, probably without even thinking about it

show more
8 years ago
Arduino
Arduino in Action: Authors, tell us about your coolest Arduino projects
Hard decision to make, but one I am proud of as its really reached a lot of people is the Arduinome project. It's an open-source port of a musical controller called the Monome which I did a while back with a colleague of mine, which has been embraced by the Monome company and has subsequently been built by a lot of people all over the world. http://jordanhochenbaum.com/gallery/arduinome/
show more
8 years ago
Arduino
good selection of basic components?
Hi Douglas,

Depends what you're interested in doing, but I always recommend getting an LED blinking first, if you haven't. From there, you can actually get going with digital/analog sensors pretty quickly. For inspiration check out somewhere like Sparkfun, they might have some sensors you're interested in playing around with. They also have some Arduino "starter kits" which might be a good place to start, but in general, its always good to have a breadboard, some hookup wire, 10k resistors (typically needed for various analog sensors), 220ohm resistors (safe value for LEDs), and then some LEDs, buttons, and some analog sensors. Hope that helps!