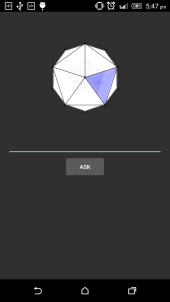 Just launched my first app on the amazon app store!
It's called the oracle: 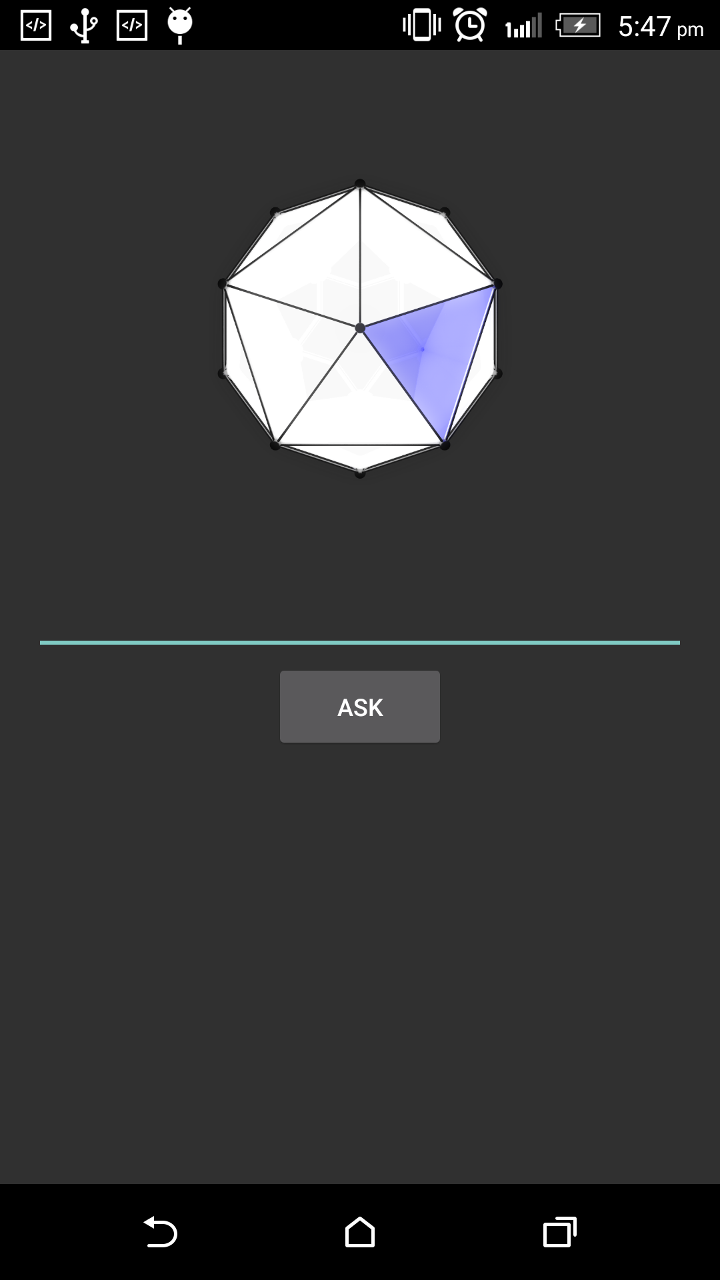 Try it out and tell me what you think!
show more
4 years ago
Blatant Advertising
decimal rounding

Daniel valdez wrote:Thanks finally found the problem thanks for the help. And since I'm taking a course I'll be asking for more help in the future so in advance thanks

input = console.nextDouble();
As you can see, you didn't need to declare or define the method .nextDouble(). Because some nerds have already written the details of this method in a class called console. Your code imported this class.

But maybe you have a different idea for getting the next double, so you define your own method, like this:

Here is the rule, if the method belongs to an external class, then you would:
-call the method directly off the class, because the method is static.Like the case of

-if the method was not defined as static, you would create an object and call the method off the object.(The method has to be defined as public so that you can use it) ex:

If the method belongs to the class you made, in this case, roundDecimal, you would just call it anywhere in your code. No dot operators or anything:


Now look at this line in your code:


the method round is not defined in your class, so that means that you either define it, or just import an external class that was written by some nerds which would contain the implementation of the round method.
That class exists, and is called Math, so


let me ask you a question, can you fill in these spaces?:

How can I implement this ui design idea?
I will try your idea. Hopefully it will look as expected. Thank you for the suggestion 😃
show more
4 years ago
Android

How can I implement this ui design idea?
@Karthik Shiraly yes but this way it wouldn't have all the glow and shadow effects. It would look like a flat ui
show more
4 years ago
Android

How can I implement this ui design idea?
I like the idea behind material design, but thought about coming up with something similar. I wanted to see how my idea would look like, and modeled it with cinema 4d:

Do I have to use open gl or something similar to make my apps look like this? I'm still relatively new to android and never dealt with any thing to do with 3d.
How would you guys tackle this problem?
show more
4 years ago
Android
Why does my eclipse IDE act strange?
Perfectly working projects are sometimes marked as having errors, even though I've made no changes. It goes away when I clean the project, but why does it happen in the first place?
It even sometimes adds quotation and /> marks on it's own and completely random places!
Why does this happen? Did I set up eclipse incorrectly?
show more
4 years ago
Other IDEs, Version Control
Eclipse IDE startup error

Shiva Mohan wrote:Thanks for the reply. My installed java version in c drive as
C:\Program Files\Java\jdk1.6.0_11

but in the command prompt when I issued
java -version it says
java version 1.8.0_71.

may be I upgraded it. I have fixed it and now everything works well. Thanks again for the help!

Your program needs to check if the string contains an integer.
One way to do it is by trying to parse the string to an int. If this fails, it means that what ever was entered was not a number.
so you should add this:

By the way, good code should be easily readable by other programmers. atbilde and sc are not very clear. Try changing them.

Would my game violate the copyright law?
thanks!
show more
4 years ago
Game Development