1. Duration.between method computes the duration between two temporal objects.  If the objects are of different types, then the duration is calculated based on the type of the first object. For example, if the first argument is a LocalTime then the second argument is converted to a LocalTime. (Not the case here because both arguments are of ZonedDateTime).

2. In this case, the difference between the two zones is 3 hours therefore the resulting duration will contain 3 hours.

3. The result of Duration.between method can be a negative period if the end is before the start. This is NOT the case here. Therefore, the Duration.between will return be plus 3 hrs and not minus 3 hours.

The explanation has been enhanced to make this point clearer.
show more
6 days ago
Programmer Certification (OCPJP)
Question on Upper bounded Generics
The variable declaration List<? extends Number> list implies that list contains objects of some class that extends Number but you(or the compiler) has no idea which class it is. It may not necessarily be Integer. It could be Double also, in which case, putting Integer in that list will mess it up. Since the compiler cannot guarantee that putting an Integer in the list will keep the list consistent with other elements in the list, it refuses to compile.

One might think that they are assigning  new ArrayList<Integer> to list, so what is the problem? Two things - one - compiler doesn't know the actual object type. It goes by information available at compile time, which is, the declared type of the variable. Two - what if list is assigned a value using a method call like this: list = someMethod(); What if this method returns a list that is supposed to contain only Doubles? Putting an Integer in that list will cause problems in other places in the code where Doubles are expected in that list. 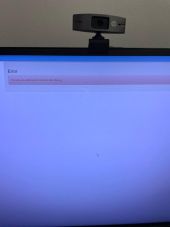 Could not do the checkin for OCP 1Z0-829 exam
Congratulations on passing, Ervin! Good to hear that your issues were resolved

No. Topics on the exam range from basic to advanced.

It covers all topics required for the exam. But All exams topics != Entire Java.

There is no other book but several mock exams are available.

show more
3 weeks ago
Programmer Certification (OCPJP)
exam 1Z0-829
This picture is grossly outdated. Most of the exams mentioned in it have been discontinued for quite a while now.

The 1z0829 exam has no prerequisites. You can just take it without worrying sbout any other exam. It is a single exam conducted in one sitting.

For details, refer the source: https://education.oracle.com/

Glad to know that our mock exams were helpful in your preparation. Thanks for mentioning it in your article.

show more
1 month ago
Programmer Certification (OCPJP)
understanding the concept
Simon is probably talking about switch expressions but you don't have to worry about it for the 1z0-808 exam because this exam is based on Java 8 and the new switch expressions feature has been available only since Java 12.

show more
1 month ago
Java Foundations Exam
Oracle Java cert exam changes
+ hasn't worked for me for months. Earlier it worked on Firefox but not on Chrome or Edge. Not it is not working on Firfox either.

show more
1 month ago
Programmer Certification (OCPJP)
Question about short vs int and float vs double.
This is a special case as explained in JLS Section 5.2 Aiignment contexts :
~

... white space is highly subjective to the audience and who is paying the bills.

While true in general, the white space OP is asking about is an entirely different thing.