Enjoy wrangling your cows. I really love having a cow a day to give out!
show more
1 week ago
Ranch Office 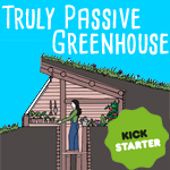 Devious Experiments for a Truly Passive Greenhouse!
I think the "Expanded Mind" meme does a very entertaining job of showing just what makes this greenhouse so awesome

Devious Experiments for a Truly Passive Greenhouse!
This one makes me giggle: 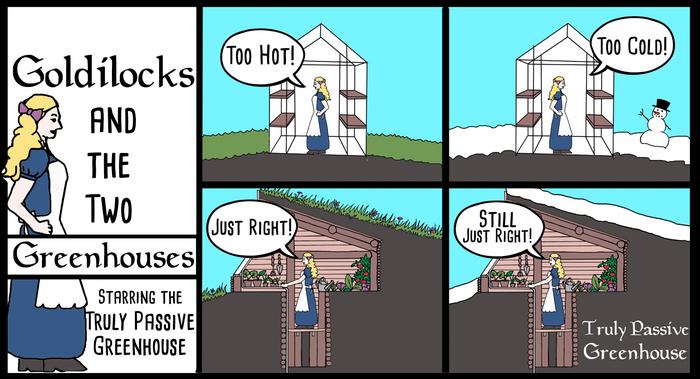 Welsh passwords
The pretty letters also aren't on our keyboards...at least not here in the US.

And, Tim, thank you for the history lesson on letters. I find them facinating! Have a cow! (Preferably not one with a human face like the ones pulling the plough/plow!)
show more
3 months ago
Meaningless Drivel

Tim Holloway wrote:I thought I recognized that name! And yes, it's weak because it's a dictionary word, but most of us would have trouble entering it accurately on the first 3 tries.

In English, incidentally, "w" and "y" are designated as semi-vowels. Which means that sometimes they serve as vowels and sometimes they serve as consonants. Then we have schwa - "ə" - which is pronounced all the time but never used in writing or print except in pronunciation guides. And I want the letter "thorn" ("þ") back! Þis "th" nonsense has got to stop! And no faking it with a "Y" like ðey did last time. It's "þe Olde Curiousity Shoppe", not "Ye Olde Curiousity Shoppe"!

I hate spelling, and often come across words with ə--the unempasized vowel sound--and they drive me NUTS. I can never remember which letter I'm supposed to use, and invariably use the wrong one.

And, I just learned about þ two days ago, while reading a medieval cooking book (coincidently called, "þe Bors Hede Booke of Cookry"), and I saw the letter in one of the recipes, and realized the word was THE. I so wish we still had the þ letter. It'd sure make teaching kids phonics a whole lot easier. Having the "th" sound made by a T and H really makes no sense!

Apparently, there was another letter Ȝ ȝ "yogh," that made a bunch of sounds like the g in give "ȝive" and also the Y sound in year "ȝear." And, apparently also the "gh" sound. We could have had a letter for that, rather than two letters that don't make that sound at all!

And, here's a sentence that has both ȝ and þ:

How do I set the "I like" section for my profile?
I think, but I could be wrong, that the Bartender title is not actually tied to the Bartender Scavenger Hunt (found in people's profiles, and I'm pretty sure Lucian found), but is still tied to the 30 post requirement mentioned in https://coderanch.com/wiki/659904/Saloon-Titles


Greenhorn
When you first sign up you are automatically given the rank of greenhorn. You have to earn the title of Ranch Hand!

Ranch Hand
After your 30th post the forum software automatically upgrades your rank to that of Ranch Hand.  This is the last automatic rank change.

I'd be interesting to figure out what's causing this, because Bumper Stickers used to be available to everyone.
show more
3 months ago
Ranch Office

How do I set the "I like" section for my profile?
I think something is wonky, because they were working before for everyone, and now they're not.
show more
3 months ago
Ranch Office 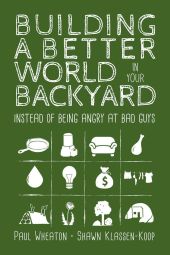 Building a Better World in your Backyard by Paul Wheaton and Shawn Klassen-Koop
I give this book 9.5 out of 10 horseshoes!

This book is full of ideas for cutting one's carbon footprint and saving money, and they're not the ones many of us have heard of before. They range from growing food (the most important suggestion) to community living, to heating more efficiently by heating the person not the place, to drying cloths on a clothesline, avoiding expensive and toxic cleaning products, and a whole lot more! They're ways to save the word without having to battle the bad guys--we just starve them of their money and have a more awesome life in the process.

Paul and Shawn use the word "luxuriant" a lot. This isn't the kind of luxuriant that's had at other's expense, but rather just having a easier, more enjoyable life. I really appreciate the suggestions in this book--they're inspiring and there's something in this book that all of us can do right now, even if we can't do it all. Every little bit helps!
show more
3 months ago
Books

Remember to close the gate
Here in the US, we'd say it's because they wanted to be classified as a fancy-pants "gated community." It's got a gate, so it must be fancy and secure!

Near our house is a property that's got a huge, 1-acre flat lawn...and  a gate on their driveway. No fence. Anyone could just drive on the grass around the gate if they wanted to. It's not going to stop anyone they'd want it to stop.
show more
8 months ago
Meaningless Drivel 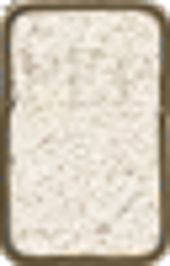 Happy Jumpin JForum Day 2020 (read about new features here)
For those interested in making badges and want the background to match, here's the file for the background on the current merit badges:

show more
8 months ago
Ranch Office
January promotions!
Big congrats to you, Campbel, for being at the top of the list!

I'm looking forward to having 3 cows per day to chuck at people. I think I'd need a  trebuchet to throw them, though. 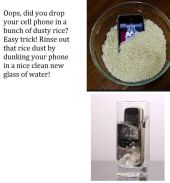 What to do when your cellphone is covered with rice...
For all those times you just can't get dusty rice off of your phone...